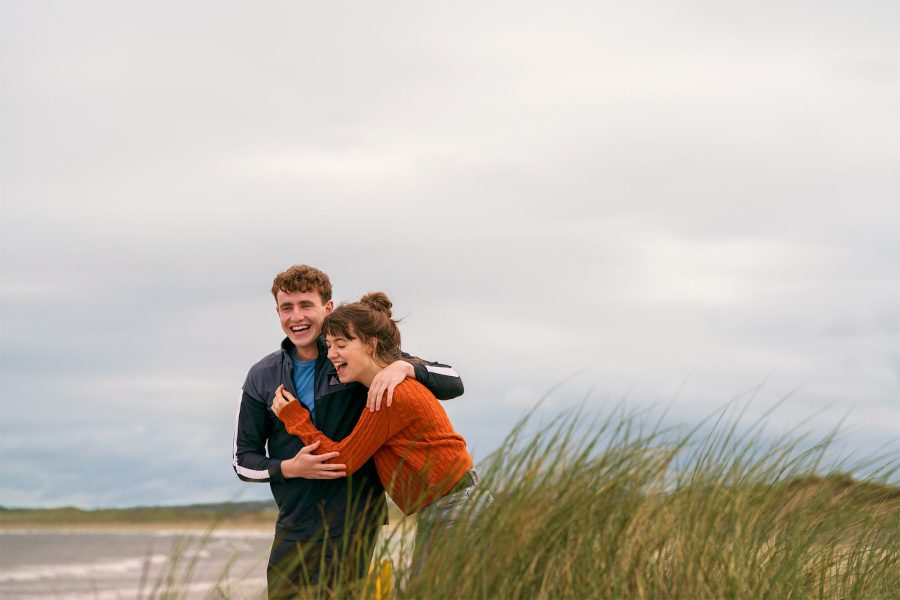 Normal People was the hug we were all longing for. It was tenderly served up over 12 beautiful 20-minute portions, each one an authentic study of love, sex, gender balance and struggle.

This salacious adaptation of Sally Rooney’s beloved 2019 Irish novel is testament to the potential of television as an artistic medium. Very rarely does a televised adaptation of a book evoke such an acute and visceral reaction in its viewers, very infrequently does an on-screen retelling of this sort do justice to its original text. This does both effortlessly.

Rooney said herself that she didn’t know how the adaptation would work. I think I’m with the majority of the world when I say it was a roaring success, but before it aired I too had my doubts. How could it possibly span 12 episodes? The beauty of Normal People is that not much happens, the book’s allure is its tangible descriptions of the nuances of human relationships, so how would this roll out for so long? How wrong I was to doubt it.

Marianne and Connell are depicted in a way that exceeded my expectations and constructed image of them, each pixel breathes life into the written characters as we long for their relationship to succeed. They truly step from the book’s pages onto our screens. My copy of the novel has frantically turned over corners, the quotes seeping right into my iPhone notes — but the adaptation gave me more. I saw myself empathising with the protagonists more than I was able to when reading the novel, an absolute testament to the casting and production.

Fortunately, no detail of the novel was spared. The adoration I felt for Connell’s Mum, Lorraine, was amplified further in the series. The real star of the show, the woman who lets Connell know when he’s in the wrong. There’s no tiptoeing around her son, just sheer honesty. In episode three, when Connell confesses to asking Rachel to the Debs, his mum unleashes disappointment, confusion and heartbreak, refusing to stay in her son’s presence for a second longer. Her character elicits compassion and strength, while the silence gives Connell time to reflect on his wrongdoings. This scene isn’t alone in showcasing her adoring but abrasive parenting style, and we later see Lorraine’s relationship with Marianne blossom — we still never see her hold a grudge against her son. Lorraine is the support system that Connell and Marianne so desperately need as they experience some real highs and lows. In Daisy Edgar-Jones’s words, “we all need a Lorraine in our lives.”

Marianne’s line “it’s not like this with other people” reverberates through the series, and as a viewer, we don’t doubt their connection for a second, but we do get frustrated watching them miscommunicate. What I think resonates most is the reality and the authenticity of the story and portrayal, the mundanity and relatability of the experience right in front of us. Two people meeting from different backgrounds, discovering their own chemistry, and dealing with all the identity challenges that are thrown their way. Time elapses and their relationship and lives evolve, but their ability to reveal their truest selves to one another is a constant.

There have been a lot of comments around the quantity and intensity of the sex scenes. But, they’re not glamorised sex scenes, they’re raw, familiar and depict shared satisfaction. Interestingly Rooney uses these scenes to show real intimacy and connection, often in a way that words can’t do justice:

“When I hear the phrase ‘sex scene’, I think about a dialogue scene. There is no such thing as some sex that just happens, it is as freighted with meaning as words are.”

This is especially true in episode two when Marianne affirms that this is her first time, Connell handles it, and her, with the utmost respect. He gains consent and assures her that “if you wanted to stop anything, we can obviously stop. If it hurts, or anything, we can stop. It won’t be awkward, you just say.”

There’s a trust and sensitivity in this scene that differs from what we’re used to seeing. It shouldn’t be rare, it should set a new norm for portrayals of mutual consent to come.

As I saw the time count down on the twelfth and final episode, I felt genuine sadness at the ticking of the clock. Not because what was about to happen would serve as a surprise, but I just wasn’t ready to part with it. I lambasted myself for working my way through the series so quickly — a tell-tale sign of its triumph.

Social media has witnessed a wave of appreciation and feeds are awash with commendation for the two leads, Paul Mescal and Daisy Edgar-Jones. The infatuation of fans has bred an Instagram page dedicated to Connell’s iconic chain. You, like me, might not have realised just how sexy a simple silver chain could be, until Connell’s iconic costume addition. But the question on everyone’s lips, was it the product of a stylist’s advice, or a personal touch that Paul brought to the show?

The week of release marks the best week ever for BBC Three, knocking Killing Eve off its pedestal and setting a new standard for those that follow. So, what can follow? Normal People’s Producer has just announced that as a result of the success, they’ll also be giving Rooney’s debut novel Conversations with Friends the same treatment. I can’t wait to be praising the success come release.