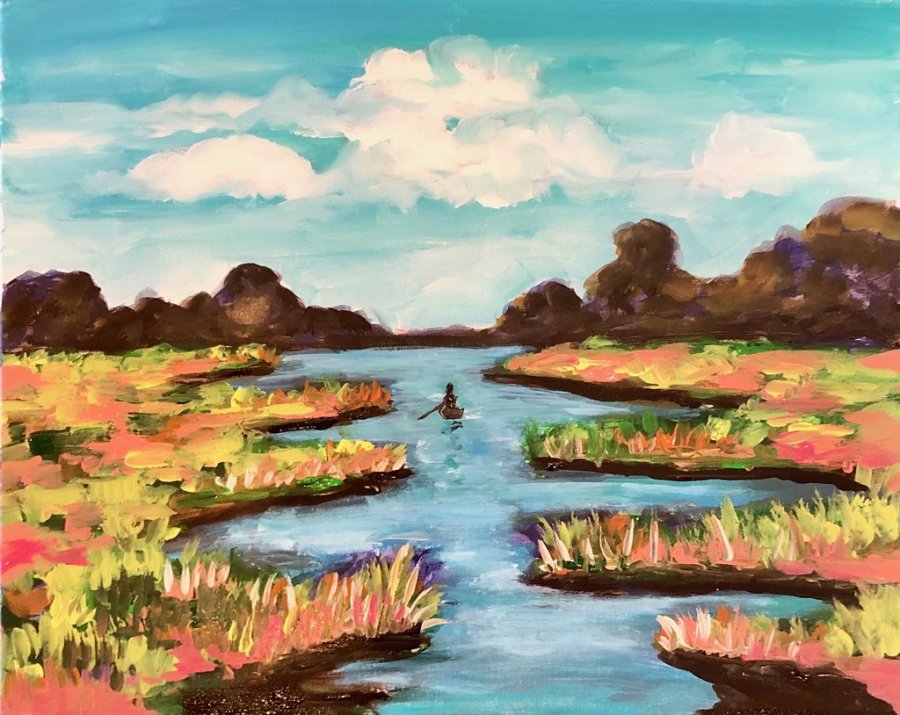 The book has come at a time when truth is an all-too undervalued currency in our society. Its worth has become rather lost somewhere over the years as people become more interested in the things they can trade in its place, be that power, notoriety, or even popularity. We live in a world that feeds off a good anecdote and where massaging the truth seems a simple way to get the world on your side. In Where The Crawdads Sing, Kya Clark is the antithesis of this culture of corruption.

In a world where both nature and women are abused, Kya reminds us that it’s possible to fight back, even as she seems to have everything pitted against her. With nobody to lean on, she finds strength in the only person that she can truly rely on — herself. Turning away from the dishonest and corrupt world of mainstream society, she looks instead to nature to find wisdom and truth.

In its simplest form, the book is a ‘whodunit’ tale, but this description does a disservice to Owens’ intricate craftsmanship. The author arranges her thoughts and ideas in a manner reminiscent of a painting — with hidden layers underneath, ready to be peeled back and discovered.

The book, much like its protagonist, imbues a ‘look beyond the surface’ sentiment; while the picture in the forefront depicts a stereotypical mystery story, beneath the surface lies an entanglement of more complex, nuanced narratives, characterised by abuse, survival, prejudice, loneliness, love, loss and coming of age. Without such elements, the overall composition of this work of art would not, I doubt, arouse such admiration in the eye of its beholder.

Throughout all of this there is, nevertheless, one unwavering force — mother nature. Rarely has an author so carefully and artfully threaded nature’s spirit through a storyline, placing emphatic importance on her unparalleled power, her omnipresence.

Set in the 1950s and 60s on the North Carolina coast, the background for the book is one stained with deep-rooted prejudice, with a lack of acceptance of anything ‘other’, anything deviating from the norm. Owens uses this setting to develop the quirky character of Kya Clark, a young girl growing up in the marshlands with her alcoholic, abusive father after her mother and siblings left home one by one over the course of her childhood.

The way Owens depicts mother nature nurturing and raising Kya in the absence of her actual mother is enchanting and heartbreaking in equal measure. It highlights the incredible capacity of the natural world to know when it’s needed, while forcibly throwing its limitations into the spotlight. Something that really stood out to me throughout the book — which is never more relevant than when discussing nature — is the all too underestimated strength and ingenuity of the female sex. This is demonstrated with astonishing clarity when Owens depicts the mating ritual of fireflies. We learn that “female fireflies draw in strange males with dishonest signals and eat them; mantis females devour their own mates.”

There’s an honest and refreshing brutality in this demonstration of a disrupted power dynamic between the male and the female species, one which causes upset to the standard patriarchal structures we’re so used to seeing in our own society. Still, as Owens soon admits, there may be more similarities between us and these soft-bodied beetles than first meets the eye:

“Kya remembered, those many years ago, Ma warning her older sisters about young men who over revved their rusted-out pickups or drove jalopies around with radios blaring. “Unworthy boys make a lot of noise,” Ma had said… Nature is audacious enough to ensure that the males who send out dishonest signals or go from one female to the next almost always end up alone.”

With this stark reflection, Owens is reminding us that more often than not the answer we’re looking for can be found in the very happenings of nature that constantly surround us, suggesting that even in the most arrogant of species, it’s mother nature that has the final say. Although more interesting, perhaps, is the affirmation that the humble, underlying power of the female sex rules in a world that has long been outwardly dominated by men.

Like Kya herself, and like many underestimated women in this world, what makes this book truly special is the quiet power it holds; initially unassuming, discreet and docile, but with the ability to shake you at your core when you least expect it. When the layers of paint are peeled away from the composition of this curious tale, you may realise that a complex and original clash of colours lie beneath.