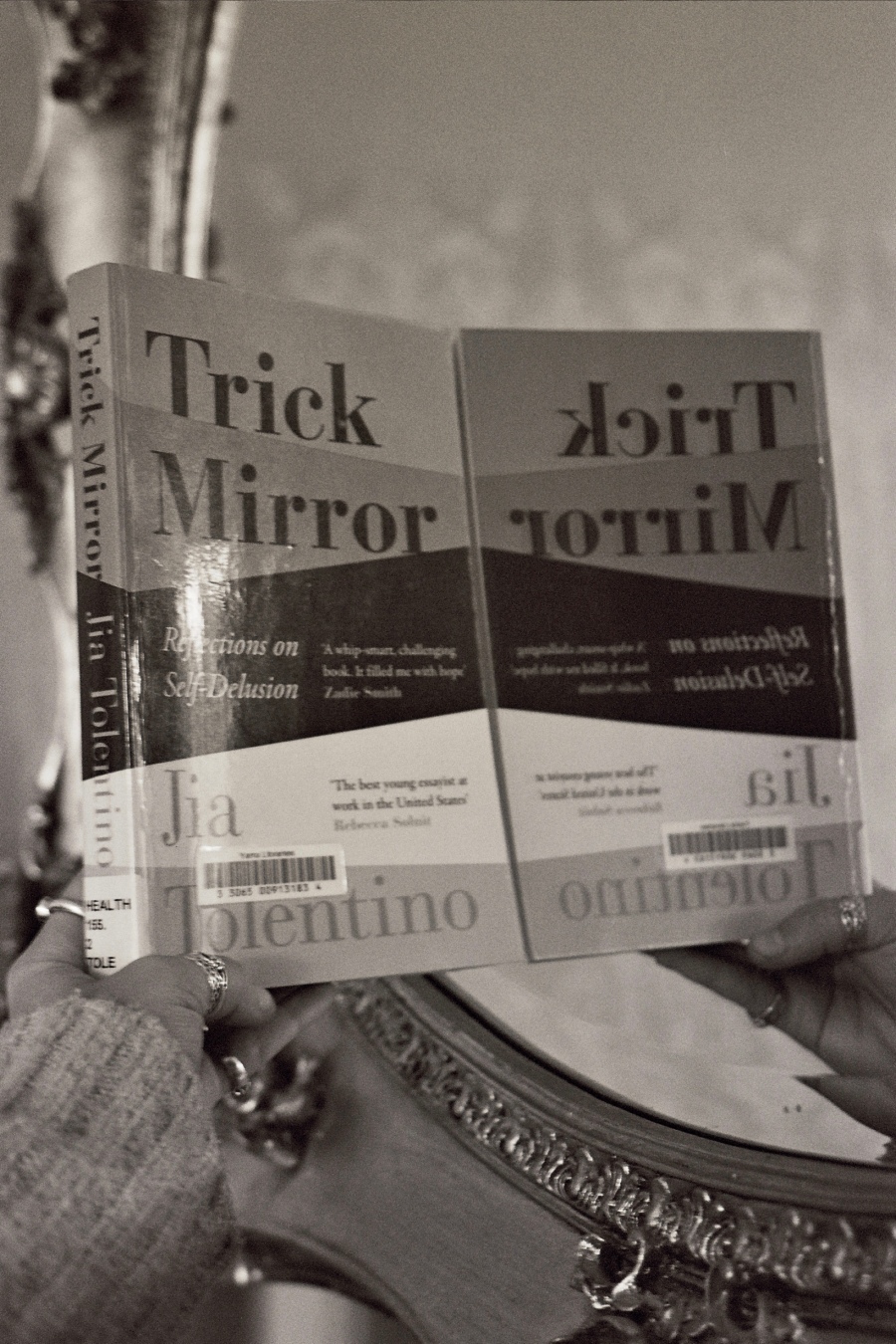 The self-explorative nature of essay writing can often feel cathartic and freeing, allowing for a rambling chat with your thoughts that would in any other form — having read the thing aloud, for instance — by the end leave a room full of your dearest and most encouraging friends talking distractedly among themselves.

This collection of essays is not so much a rambling chat as a complete and utter work of intellectual art.

The subject matter of Tolentino’s essays ranges from the ever-tightening grip that the social media timeline holds on our feeble attention, to the privilege of investing in our appearance, from rape culture in American fraternal circles, to the cultural cachet of Kardashianism. To say her words are merely insightful is akin to commenting that J-Lo looks good for her age — J-Lo looks good for any age and Jia Tolentino is not just insightful, she’s a downright genius.

Often while nestled in the spellbinding pages of this book, the point of conversation would shift in a direction which felt simultaneously intuitive and unexpected. As an established New Yorker journalist, Tolentino is witty and persuasive, playful and provocative — a spokesperson for the abundantly reflective voice in our young and anxious brains.

In a dizzying display of eloquent examination, Tolentino pulls off an essay comparing the evangelical Southern super church that cushioned the moral conundrums of her childhood with the culture of class A drugs and Houston hip-hop that she dabbled in during her teenage years. By the end of the chapter you are left feeling, quite remarkably, that the unquestionably similar cult of Ecstasy and Evangelism are both simply pursuits of a gratifying transcendent experience.

But her essays on the internet and feminist thought were what truly got me. I was enraptured by certain passages to the point of madness, sharing the news of my literary discovery with anyone and everyone I came across — apologies to the inquisitive (yet immediately regretful) woman on the 344 to Battersea.

In a passage about the necessity of unfulfilling content, Tolentino describes social media feeds as “numbing fire hoses of information that we aim at our brains for much of the day”, explaining that critics have noted the reward-seeking lab rat behaviour which we exhibit when sat in front of them.

“Rats will eventually stop pressing the lever if their device dispenses food regularly or not at all. But if the lever’s rewards are rare and irregular, the rats will never stop pressing it. In other words, it is essential that social media is mostly unsatisfying. That is what keeps us scrolling, scrolling, pressing our lever over and over in the hopes of getting some fleeting sensation — some momentary rush of recognition, flattery, or rage.”

Her acknowledgement of her unique position as someone who financially and socially benefits from both critiquing the medium of social media, as well as finding it a necessary tool to gain momentum in her position as a writer and pop culture commentator, is both self-reflective and intentionally self-delusional. She is the first to admit the tantalising tug of elements of this capitalist, patriarchal system: “the trap looks beautiful. It’s well-lit. It welcomes you in.”

She uses such logic in her admission that to adhere to certain terms of non-complicity, conceived from a distrust of late capitalist systems, is a privilege not afforded to everyone. She jokes that “after all, it only took about seven years of flogging my own selfhood on the internet to get to a place where I could comfortably afford to stop using Amazon to save fifteen minutes and five dollars at a time”.

But what hit home the most, I’m sure not just for me, were the chapters on “market-friendly feminism”, on increasingly patriarchal female beauty standards, on the “unsatisfying” state of the female condition in literature, and on rape.

In her exploration of various assault allegations from UVA —Tolentino’s old university — she references Nicholas Syrett’s The Company He Keeps.

“Fraternities attract men who value other men more than women. The intimacy that develops within fraternal circles between men who care for each other necessitates a vigorous performance of heterosexuality in order to combat the appearance of homosexuality.”

She unpacks the role that the fraternal ‘bros before hoes’ mentality plays in reinforcing the subordinate position that women hold, while revisiting a painful collection of abuse anecdotes from students of the institution.
While tackling some uncomfortable conversation around allegedly false claims of gang rape, the intrinsic link between race and sexual abuse and the “aggressive homophobia” employed by fraternity members in order to solidify their “elite male power and entitlement”, Tolentino is measured and bold in equal portions.

She explains that as “violence against women is fundamentally connected to other systems of violence”, then discussing rape and fraternal organisations at UVA isn’t possible without discussing race. She notifies her audience of this, after informing us that the long history of sexual violence at this university in Virginia started in 1850 “when three students took an enslaved girl into a field and gang-raped her”.

Although at times Trick Mirror provides a testing reflective surface through which the reader may begin to notice some unappealing features of their own, I feel comforted in the knowledge that I’ve gained a little more understanding of the world as a whole, if not particularly comforted by the dreary state of modern society itself. In embarking on the journey of self-reflection so necessary to understand the fundamentals of this book, the process becomes transformative and charming to a similar degree.